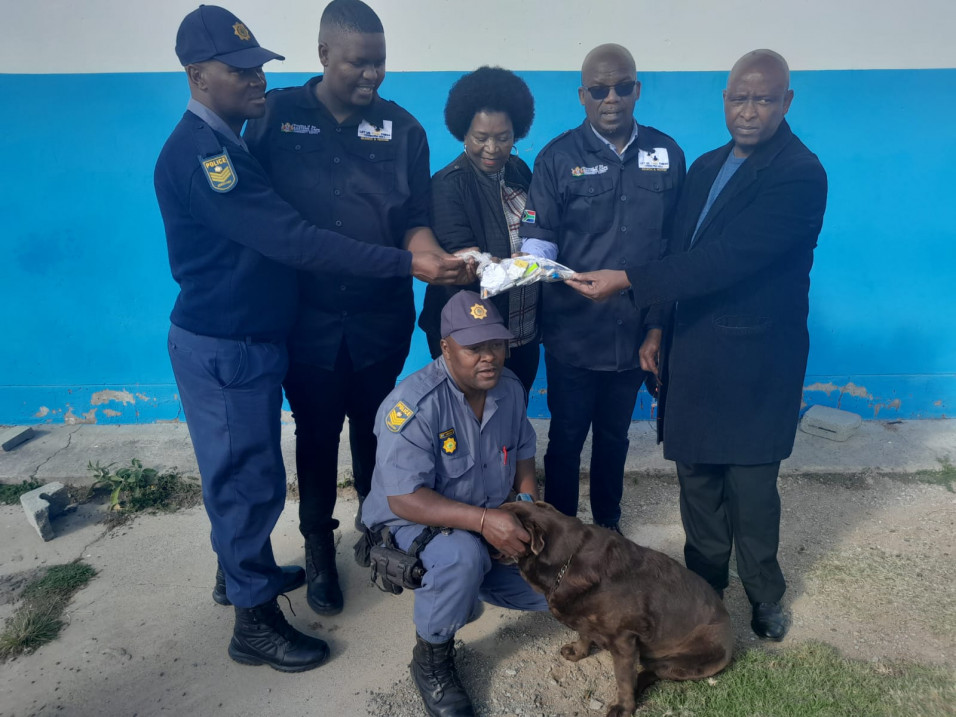 The Eastern Cape Department of Education in partnership with the Department of Community and Safety, South Africa Police Services and Let Us Find Them Organization held a school safety intervention search operation in 2 schools of the Buffalo City Metro Education District.

The operation was a success as illegal substances like Marijuana, Cristal meth, Cigarettes and needles were found in the position of leaners in both schools.

Speaking on behalf of the ECDoE was the BCM Circuit Manager, Koko Dziba said, "The operation comes as the departments mandate on ensuring schools healthy and Safety environment hence it was obligated to eradicate all social ills that hinder education by partnering with several departments as well as NPO to achieve such a noble goal."

Let Us Find Them, Communications Officer, Andile Tsako said "Today's gathering came about combating drug abuse in Berlin High School and Nompumelelo Senior Secondary School as we had received a complaint from one of the teachers about drug usage in schools, we then invited other stakeholders to fight against drugs usage in schools."

Speaking on behalf of the SAPS Unit, was the Provincial School Co-ordinator Social Crime Prevention Unit, Sergeant Xhanti Mjikeliso, he said, "The partnership between these departments was a success, even though it was not properly planned, but I can assure you that from now, these learners will be afraid to bring drugs to school."

Sgt Mjikeliso added by saying, "Operations of this kind needs proper planning, intervention from members of the community and to invite more departments to educate learners about the danger of alcohol and drugs."

Applauding the good work done by the department was done by Nompumelelo SSS, Grade 12 Learner, Sibusiso Apleni, he said, "Let me thank the intervention of these departments for visiting our schools as we have been crying to our teachers on the issue of illegal substance usage in our schools, this is the first time that operations of this nature has happened in our school and hope that the department can do this regularly."