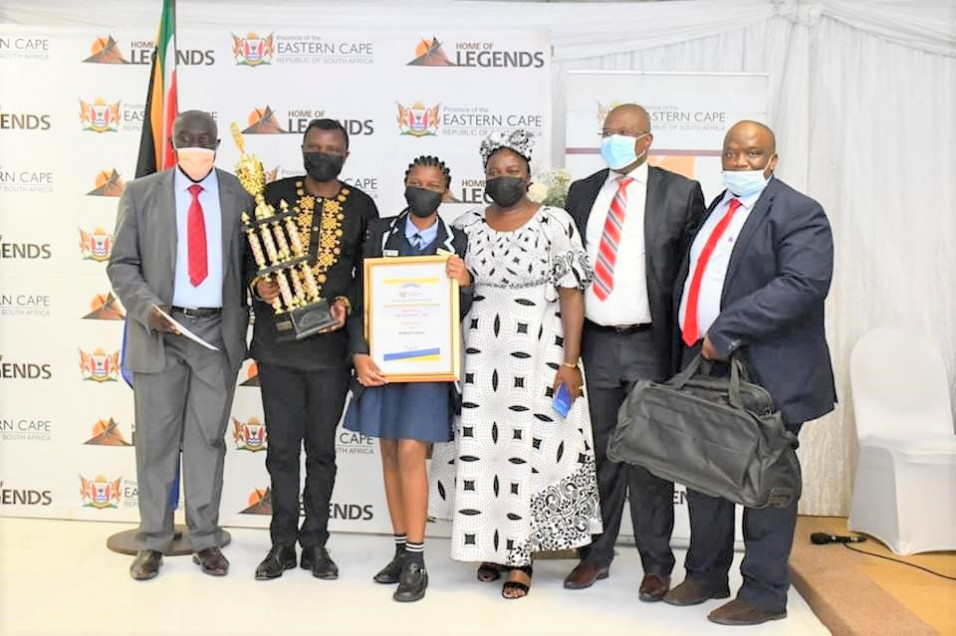 The Eastern Cape Department of Education MEC, Mr Fundile Gade wishes to congratulate 6 Districts in the Province which have won at the 8th National Education Excellence Awards which were hosted by the Department of Basic Education Minister yesterday in Durban, Kwa-Zulu Natal.

The event was addressed by the National Minister of Basic Education, Ms Angie Motshekga. The event was organised under the theme “Celebrating Excellence in Districts, Schools and Building back better with Integrity”. These awards are meant to celebrate excellence and hard work from the basic unity of the existence of the education sector.

The Eastern Cape received the following awards from the Minister:

“Today we are yielding positive results in the province because of your commitment in transforming the sector. As the leadership of the department, we recommit ourselves in supporting you all as we will all continue to strive for excellence so that Eastern Cape can reclaim its historic glory,” said Gade