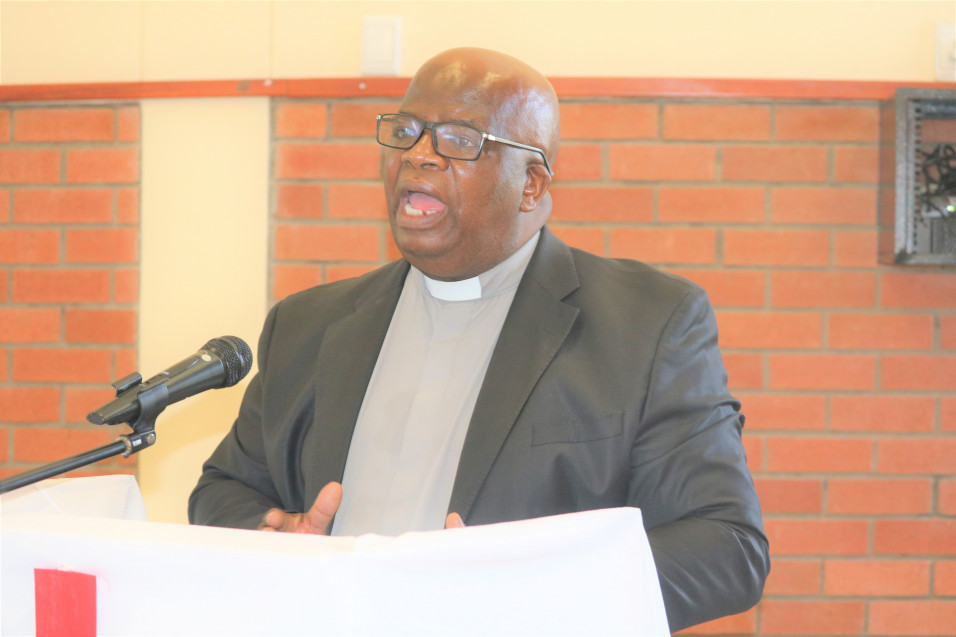 My entry in the Department of Education goes as far back as 1st January 1991 when I was appointed as a Lecturer for Biblical Studies and Philosophy of Religion at the then Griffiths Mxenge College of Education.

In 1999 the process of rationalising the Colleges of Education within the Eastern Cape came to its completion; resulting; amongst others; in the closure of Griffiths Mxenge of Education.

Such a closure coincided with the introduction of Continuous Assessment (CASS) in the entire Province; and from Griffiths Mxenge I was placed at Provincial Office under Curriculum (with Mr Tywakadi as Director) where I was one of the Six (6) officials who were responsible for the introduction of CASS) across the Province.

Eastern Cape was divided into 6 Regions then and I was responsible for EG Kei Region which was stretching from Qumbu covering Mt Frere Mt Fletcher, Matatiele, Mt Ayliff Mbizana, Lusikisiki and Mzimkhulu which was part of Eastern Cape during that time.

I later moved to Professional Development as SES under Dr Pieterse as a Director; and Mrs Thembisa Limekhaya as CES.

This is where I picked up a program that makes my soul to feel good even at this very moment:

When colleges of education were official closed down; some of the students were in the process of completing the Diploma and they were left out without a proper plan as to how they could complete what was outstanding. Some were owing subjects like chalkboard or library science or just two courses to complete.

Hearing this “cry” in the society and in the streets of our cities; I single-handedly initiated a program that ended up enabling ALL the students from the Colleges of the Eastern Cape completing their studies and becoming qualified educators. Many of them are now in our schools:

The guaranteed support from the Department was the use of Government Vehicle and accommodation for the program and NO FINANCIAL IMPLICATIONS.

Such support was enough to enable Mrs Limekhaya and myself to hold constant meetings with the late Professor Ngubentombi who was the Head of the Department of Education at the University of Transkei.

He embraced the program fully and systems were in place; supported by his academic staff.

The rule was that “no student will qualify to sit for examinations unless he/she has attended a block of three weeks uninterrupted lectures on the subject he or she was to write.

Advert went out to mostly- read News Papers and 1100 candidates responded and completed the program with the “University of Transkei” qualification endorsed by Eastern Cape Department of Education.

As I look back on my 30 years of service; this program makes me fill happy.

Three programs remain central in my heart during my period at HIV@AIDS:

Whatever contribution I made in the Boardrooms and or Seminars or Workshops or Directorate’s Senior Management; I was just making sure that the richness that God my creator has blessed me for the betterment of the Department of Education; I leave it in the corridors of the Department because beyond those corridors I cannot efficiently use such richness.

“If we claim to be without sin, we deceive ourselves and the truth is not in us. If we confess our sins , he is faithful snd just and will forgive us our sins and purify us from all unrighteousness.” (1st John Chapter 1 verse 8).

I conclude by making reference to the above scripture for a purpose:

My 30 years in the Department was not under one manager; nor was it under one team.

I went through a number of Directors/Acting Directors who were equally responsible for polishing and ripening the programs I cited above that I today claim are a pride to me.

After panel beating of those ideas by the Director; there is absolutely no way that I could fly the program without the support for the entire membership of the Directorate; each playing his or her vital role in the program.

To all of you:

“If ever at one point I became tall within the Department; it’s just because at that point and time I was standing on your shoulders.”

It was never meant to hurt anyone of you my supervisors and or my colleagues but it was all in the spirit of having things done. Please forgive.

I will hence-forth be fully responsible for St Andrew’s Presbyterian Church in the centre of King Williams Town next to the Library as their full time minister; with offices within the premises of the church.

Thanks for the enormous experience I gained from the Department.

May God bless you.